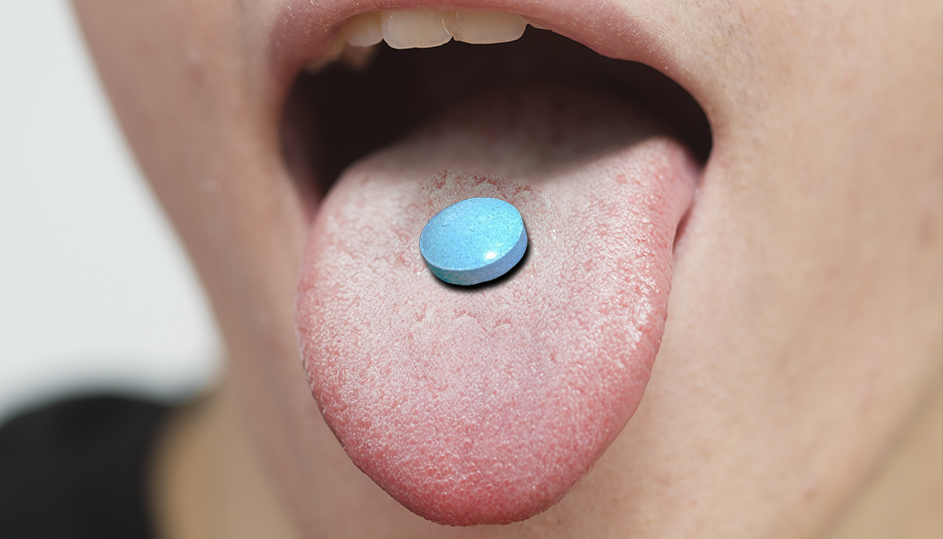 Erectile Dysfunction meds are deliverable to the system in a variety of ways because not everyone can take medicine in the same way. Depending on the severity and cause of ED, it can be treated by a topical cream, suppository, manual pump, injection, surgery, or oral medication. Most patients prefer oral medication for its simplicity and convenience. Oral erectile dysfunction medicines are most often in pill form or in a chewable tablet. While both ingested orally, there are small differences in the way the drug affects your system. Some patients may prefer a pill or a chewable tablet based on these small but sometimes significant differences. So are are chewable ED meds like BlueChew better? Read on to learn the answer…

Some people simply cannot swallow pills. Their throat constricts and if the pill doesn’t come right back up, it lodges in the throat for hours. Many people are this way from birth. Others have developed the problem from some other health issue. Regardless of why it happens, some patients prefer a chewable tablet such as BlueChew simply because they cannot swallow a pill, no matter how small.

Chewing a tablet such as BlueChew will release the medicine into your system faster than swallowing a pill. Pills are coated with a film meant to protect the lining of your stomach and help the pill slide down easier. Once the pill hits your stomach digestive juices begin to break it down. Starting with the coating, the pill is broken into smaller and smaller pieces until it dissolves into the bloodstream. Chewables, however, begin to breakdown at the first bite. As soon as you bite into the chewable tablet and it breaks, saliva in your mouth begins to break down the tablet and release the medicine into your system.

The dosages for chewable sildenafil or tadalafil are the same strengths as the pill forms of the drugs. While there may be some small differences in the way the various forms of these drugs work, the strengths are not affected. The common dosages for chewable and pill erectile dysfunction drugs are 25 mg, 50 mg, and 100 mg. The strength prescribed for each patient is entirely dependent on their specific situation. Some patients perform better on lower dosages regardless of age. Patients over the age of 65 and those with liver or kidney damage are prescribed between 25 and 50 mg doses.

Both chewable erectile dysfunction drugs and the pill forms last approximately the same amount of time. Sildenafil and Tadalafil are said to take up to an hour to take effect. We know that chewables will get to work closer to the 30-minute mark. This is why patients are advised to take BlueChew at least 30 minutes before they plan to engage in sex.

The average patient taking BlueChew can expect the effects to last up to three hours. A single erection can last 30 to 45 minutes. While it is possible to gain another erection, the chances decrease after the three-hour mark.

As our research has shown, Chewable erectile dysfunction medicines dissolve into your system faster and are easier to take than pills coated with film. BlueChew offers both Tadalafil as well as Sildenafil in a chewable form. Reports show that most patients prefer Sildenafil, citing its seemingly greater potency and quick work time.

Chewable erectile dysfunction drugs such as BlueChew are fast becoming the go-to medication choice of patients everywhere. In addition to the benefits we’ve stated here, BlueChew is available via telemedicine with an online doctor’s appointment, making it one of the most convenient prescription medicines available in the United States.